Methods of Treatments and Medical Use Claims in Nicaragua

Unlike the US patent law and practice which allows the patentability of methods of treatment, the Nicaraguan Patent Law expressly excludes from patent protection therapeutic, surgical or diagnostic methods applicable to persons or animals. 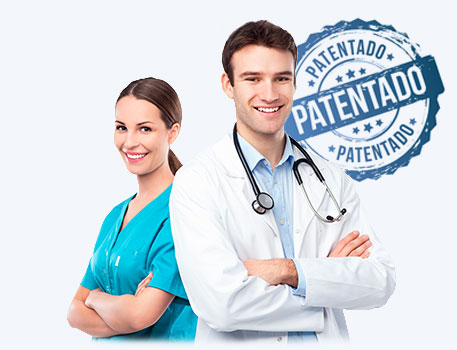 Methods of treatments and medical use claims under the Nicaraguan Patent Law.

nlike the US patent law and practice which allows the patentability of methods of treatment, the Nicaraguan Patent Law expressly excludes from patent protection therapeutic, surgical or diagnostic methods applicable to persons or animals.

The Nicaraguan Patent Law (No. 354 of 2000, as amended by Laws No. 579 of 2006 and No. 634 of 2007) provides that inventions that are new, involve an inventive step and are susceptible of industrial application are patentable. Article 13 states that an invention is considered to be susceptible of industrial application when its subject matter can be produced or used in any type of industry or productive activity. To this end, industry is construed in a broad sense and includes, among others, crafts, agriculture, livestock, manufacturing, construction, mining, fishing and services.

Notwithstanding Articles 8 and 13, as a matter of policy, subparagraph b) of Article 7 excludes from patentability therapeutic, surgical or diagnostic methods applicable to persons or animals. The general intention of such policy is to prevent patent protection from interfering with non-commercial applications in medical and veterinary activities.

An invention is defined by Article 3 as a technical solution to a specific problem, consisting of a product or a procedure. The same article defines a product as any substance, composition, matter including biological, apparatus, machine or other object, or part thereof, and a procedure as any method, operation or set of operations or application or use of a product.

On the basis of the above provisions the Nicaraguan Patent Office accepts use claims, which are useful for reformulating therapeutic method claims, and for claiming first and further medical uses, as long as such use satisfies the requirements of novelty and an inventive step.

The Nicaraguan Patent Office accepts use claims in the Swiss style such as “use of compound (or substance) X for the manufacturing of a medicament for the treatment of disease Y”.

Claims referring to dosage regimens of pharmaceuticals, including formulation, route of administration, dosage interval, duration of treatment and any required variations to account for the patient’s age and health status are not accepted by the Nicaraguan Patent Office. Patent examiners reject dosage regimen claims on the basis that a dosage regimen is not a medical use, but a therapeutic method excluded from patentability by subparagraph b) of Article 7 of the Patent Law. Claims such as “use of compound (or substance) X for the manufacturing of a medicament for the treatment of disease Y, wherein said medicament is administered in a dosing regimen Q” are routinely rejected.

As a result, the wording of claims for second or further medical uses, which are only accepted in the Swiss style, should not include any expressions of dosage regimens that would be rejected upon examination. Examples of dosage regimens include “every 8 hours”, “before bed”, “before meals”, and in general all those terms which indicate at which specific intervals the medicine must be administered.

Founded in 1950 by Julián Bendaña Silva, Bendaña & Bendaña has been a leading firm for over 65 years and one of the most recognized names in patent, trademark and health registrations.

• Can I purchase beach-front property in Nicaragua?
• Purchasing of Real Estate in Nicaragua
• Blog
• Home